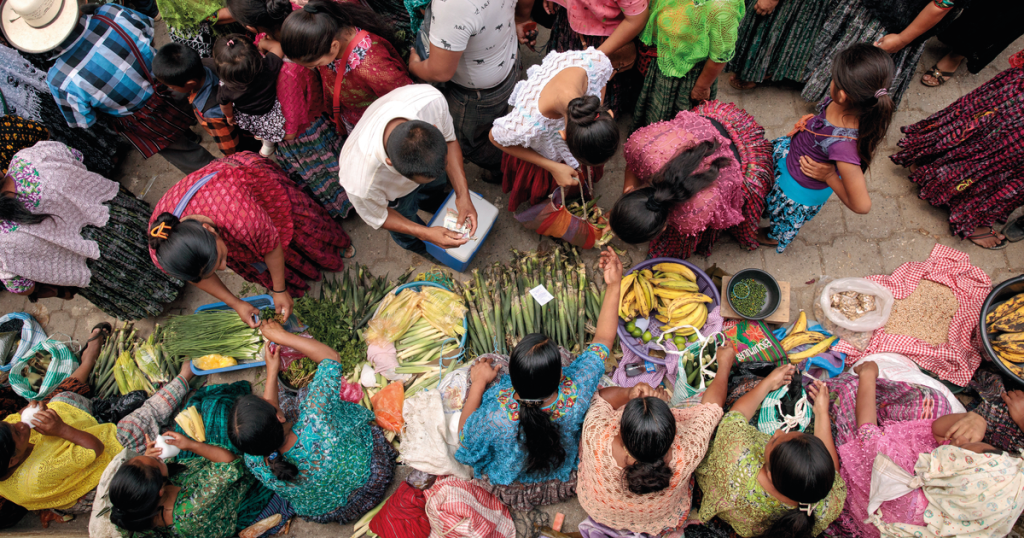 More than two decades on from the adoption of the Women, Peace, and Security (WPS) agenda — which affirmed the crucial role of women in conflict prevention and peacebuilding initiatives — women’s inclusion in recovery and relief efforts remains under-resourced and under-valued.

Reversing this trend is a priority, and though advancing causes around gender and peace may seem the purview of policymakers and non-profits, the private sector has an important role to play.

A sense of shared responsibility

Social responsibility is a growing force in corporate decision making. To remain relevant, businesses know they must act on the issues that people care about, including gender equality. In 2010, for example, the Coca-Cola Company committed to economically empower five million women across its global value chain over the coming decade. Grocery giant Walmart has taken similar steps to tackle gender injustice, promoting inclusive policies throughout its retail, staffing, and supply chain operations.

These are welcome moves — but in the context of women’s empowerment and peace and security, there’s still a huge amount of work to be done.

There are a variety of ways in which private companies, knowingly or unknowingly, can exacerbate — or even profit from — conflict situations. Their supply chains may run through war-torn regions, resulting in a flow of funds, however unintentionally, to combatant groups. More directly, military equipment manufacturers, energy suppliers, and media outlets can profit by providing services to parties involved in violence. Deliberate or not, corporate activity has the power to prolong conflicts — and thus disportionately damage the lives of women and girls.

Private sector actors do have the means to make a major difference to women’s economic inclusion in conflict and post-conflict settings, however, particularly in developing countries, where they provide 9 out of 10 jobs. Yet, regrettably, the political will isn’t always there to facilitate partnerships with private companies. Changing this requires more engagement, greater accountability, and a fresh sense of shared responsibility.

Perhaps the most difficult thing for private companies eager to advance gender equality in the peace and security space is knowing where to start. Accordingly, the Women, Peace & Security and Humanitarian Action (WPS-HA) Compact framework provides seventeen concrete measures that businesses can take immediately. These include increasing financial resources allocated to developing and enhancing women-led social and economic enterprises, supporting diverse groups of women peacebuilders by facilitating their access to digital technologies and cybersecurity tools, and promoting gender sensitive supply chains.

The latter point is of particular importance as the global economy grows ever-more interconnected. Corporate decisions made in one time-zone can have tangible consequences for communities in living another, says Jocelyn Chu, a women’s economic empowerment specialist at UN Women.

“There’s a real opportunity for companies to stay ahead of the curve, to make sure that they’re practicing the values that they stand on, which means practicing gender-responsive procurement and promoting peace and security and women’s empowerment.”

Where private sector partnerships have been established, there are evident dividends for women’s economic empowerment and, by extension, peace and security.

Since 2014, Starbucks has been funding projects in the Democratic Republic of the Congo (DRC) that support coffee farming communities decimated by decades of internecine violence. Together with the Eastern Congo Initiative (ECI), USAID, and other stakeholder groups, the Seattle-based coffee company works with farmers in the Lake Kivu region, developing their agricultural skills to increase crop yield and value. The scheme follows a simple principle: Congo’s coffee industry will only be successful if conflict is prevented — something economic security helps achieve.

Farm incomes have tripled since the intervention, allowing rural families to send their children to schools and access a higher level of healthcare. Significant steps have also been taken towards greater gender equality, including college scholarships for young women studying agriculture and more women’s leadership among the farmer cooperatives. Additionally, Starbucks is funding a DRC project from the Women’s Peace and Humanitarian Fund (WPHF), a WPS-HA Compact Signatory, that aims to empower hundreds of women as agents of conflict resolution. The company has also invested in local Congolese organizations that create jobs for disadvantaged young adults and former child soldiers in coffee growing and exporting communities.

Dell is another company taking commendable action for peace, providing technology that enables the work of grassroots humanitarian women’s groups around the world. With support from the computing giant, WPHF recently launched a secure digital platform that provides women peacebuilders with a wide range of tools and resources, including a virtual library and a capacity building portal. Most important, however, is the way in which the system brings women to come together regardless of geography, allowing them to share best practices, facilitate dialogue, and exchange ideas.

Intentional in their actions

These are heartening examples — but more needs to be done, says Ghita El Khyari, head of the WPHF Secretariat. Over 80% of CSOs surveyed by the Fund last year feel that they are at risk of closure due to a lack of resources. To address this, private sector actors must be more “intentional” in their actions.

“It can go from financing instruments that are accessible to women in crisis-affected countries, to being more targeted in their recruitment of women in crisis areas, to prioritizing women-led businesses in conflict-affected areas during the procurement process; if they want to be inclusive, they need to be intentional,” El Khyari says.

It’s a message that should resonate with all socially-conscious corporations. They have the financial power and advocacy clout to help forge a more gender-equal and peaceful world. Now’s the time to use it.